Startup India is a flagship initiative of the Government of India, intended to build a strong Eco-system for nurturing innovation and Startups in the country that will drive sustainable economic growth and generate large scale employment opportunities.

Vide Notification No. GSR 180(E) dated February 17, 2016 issued by Department of Industrial Policy and Promotion, Ministry of Commerce and Industry, Government of India came with the definitions and other contours of Startup initiative

To avoid and discourage the misuse of scheme the Government has notified that if an entity is formed by splitting up or reconstruction of a business already in existence, it shall not be considered a ‘start up’;

There are lot of benefits offered by Government for start ups the main amongst them is obviously the tax reforms. In order to obtain tax benefits a start up so identified under the above definition shall be required to obtain a certificate of an eligible business from the lnter-Ministerial Board of Certification consisting of Joint Secretary, Department of Industrial Policy and Promotion, Representative of Department of Science and Technology, and Representative of Department of Biotechnology.

RBI has also been liberalising all its policies for creating ease of business wherever it can and it has played its role in case of start up as well. In the press release dated February 02, 2016, Reserve Bank of India (RBI) announced Regulatory Relaxations for Startups. Sixth Bi-monthly Monetary Policy Statement for 2015-16, which highlighted the steps being taken by the Reserve Bank of India, in keeping with the Government’s initiatives to promote the ease of doing business and contribute to an eco-system conducive for growth of entrepreneurship, particularly in respect of the start-up enterprises. The following regulatory changes for easing the cross-border transactions, particularly relating to the operations of the start-up enterprises were proposed: 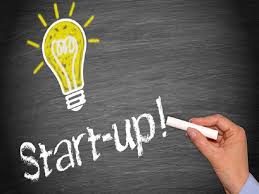 As proposed, RBI has taken a step forward on almost all the proposed  initiatives be it liberalisation of capital from FVCI, or opening up of External commercial borrowing etc. Lets have a look.

Liberalisation of investment by FVCI: To liberalise and rationalise the investment regime for FVCIs and to give a fillip to foreign investment in the startups, RBI vide A.P. (DIR Series) Circular No. 7, October 20, 2016 amended Schedule 6 of the Foreign Exchange Management (Transfer or Issue of Security by a Person Resident Outside India) Regulations, 2000, notified vide Notification No. FEMA 20/2000-RB dated May 3, 2000, as amended from time to time to give effect that any FVCI which has obtained registration under the Securities and Exchange Board of India (FVCI) Regulations, 2000, will not require any approval from Reserve Bank of India and can invest in Equity or equity linked instrument or debt instrument issued by an Indian ‘startup’ irrespective of the sector in which the startup is engaged.

Opening up of Foreign currency account: In line with the Government of India’s startup initiative, RBI vide RBI/2015-16/430, A.P. (DIR Series) Circular No. 77 [(2)/10(R) dated on June 23, 2016 decided that an Indian startup, having an overseas subsidiary, may open a foreign currency account with a bank outside India for the purpose of crediting to the account the foreign exchange earnings out of exports/sales made by the said startup or its overseas subsidiary. The balances held in such accounts, to the extent they represent exports from India, shall be required to be repatriated to India within the period prescribed for realization of exports, in Foreign Exchange Management (Export of Goods and Services) Regulations, 2015. In addition, payments received in foreign exchange by an Indian startup arising out of sales/ export made by the startup or its overseas subsidiaries are now permissible credit to the Exchange Earners Foreign Currency (EEFC) account maintained in India by the startup.

Availing of Foreign Funds: Recently vide RBI circular 13 dated 27th Oct 2016, RBI opened the doors of foreign funding for the start ups mostly on no conditions, with no restrictions and with absolute ease. An entity recognised as a Startup by the Central Government as on date of raising ECB can raise the ECB with the Minimum average maturity period of 3 years up to USD 3 million or equivalent per financial year either in INR or any convertible foreign currency or a combination of both at the cost mutually agreed between the borrower and the lender for any expenditure in connection with the business of the borrower from the lender which is resident of a country which is either a member of the Financial Action Task Force or a member of a FATF-Style Regional Body, and is not from a country identified in the public statement of the FATF. 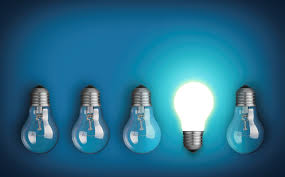 The provisions on leverage ratio and ECB liability: Equity ratio will not be applicable. The borrowing can be in the form of loans or non-convertible, optionally convertible or partially convertible preference shares. In case of borrowing in INR, the non-resident lender, should mobilise INR through swaps/outright sale undertaken through an AD Category-I bank in India. Conversion into equity is also freely permitted, subject to Regulations applicable for foreign investment in Startups. Other provisions like parking of ECB proceeds, reporting arrangements, powers delegated to AD banks, borrowing by entities under investigation, conversion of ECB into equity will be as included in the ECB framework

All the Government machinery is geared up to help Strat ups. Recent changes in RBI policies are good for the ‘startup’ which are looking for Global investors. Policy liberalisation of allowing ECB to start-up entities without any restrictions should give them the required push.