India has a very well formulated Foreign Direct Investment (FDI) policy. FDI is channeled into India subjected to entry regulations. FDI entry can be made under two categories – Approval route and Automatic route. The FDI Policy, Press Notes and other related notified guidelines formulated by Department of Industrial Policy and Promotion (DIPP) in the Ministry of Commerce and Industry and Reserve Bank of India are the bases of the FDI investments in India.For evaluating proposals under approval route the government formulated the Foreign Investment Promotion Board (FIPB). FDI proposals above Rs.5000 crore are taken care of by the Cabinet Committee on Economic Affairs (CCEA). 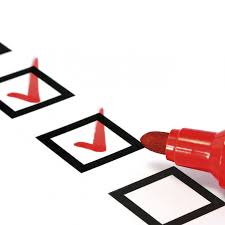 The Foreign Investment Promotion Board (FIPB), housed in the Department of Economic Affairs, Ministry of Finance, an inter-ministerial body, has been responsible for processing of Foreign Direct Investment (FDI) proposals and making recommendations for Government approval. FIPB has been the single window for allowing foreign direct investments (FDI) that falls under approval route since 1990s.

Finance Minister Mr. Arun Jaitley had announced in his budget speech in the Union Budget for the financial year 2017-18 that the FIPB would be dismantled. He said “We have now reached a stage where the FIPB can be phased out. We have decided to abolish it in 2017-18”.

The FIPB’s powers had been systematically depleted under the current regime of government. For example, in June 2016, the government had announced relaxed FDI norms in single-brand retail, civil aviation, airports, pharmaceuticals, animal husbandry and food products.

As a further bold step towards ‘Maximum Governance and Minimum Government’ FIPB has been abolished by the government with effect from 5th June, 2017. Subsequent to the abolition of the FIPB, the work of granting government approval for foreign investment under the extant FDI Policy and FEMA Regulations, shall be entrusted to the concerned Administrative Ministries/Department. 7. ln February 2015, Government had launched a new

user friendly and secured website i.e. fipb.gov.in. Since then, all applications for seeking approval of the Government are being filed through this online portal. Subsequent to abolition of the FIPB, the management and responsibility for running the website shall be that of the DIPP. The administrative Ministries/Departments shall be granted access to the online

portal from where they can download and process their respective applications.

In result of the abolishment, the 11 notified sectors will be granted approval by their respective ministries/departments.

With the abolishment of FIPB, the functional and regulatory responsibilities in relation to the applications requiring approval of the government are transferred to DIPP or the concerned Administrative Ministry/Department as the case may be.

The following lists of applications requiring the approval of the government along with the concerned ministry having authority to deal with the proposals are as under: –

It is very good and bold move by the Government. Most of the sectors have already been liberalized to come through the “automatic” route, without needing FIPB clearance. This should bring in more FDI in India. There is certainly an ignited ray of hope that India will become more attractive place for Foreign Investment and it will attract more inflow of FDI.